Present day Kursumlija used to be, during the time of the Romans, Ad Fines – the final station; a military station, and the Slovenes that migrated here named it Toplica.

Stefan Nemanja built two monasteries here, as well as his wife Ana’s foundation. Painted in white, covered in lead, they were noticeable from afar, so the city was called Bele Crkve because of them.

After conquering Toplica in 1454, the Turks took down the churches’ roofs and melted them into tanad – kursume which is how Kursumlija got it’s present-day name.

Since the region is abundant in numerous thermal springs, it isn’t a wonder that Kursumlijska Banja Spa happened to nestle in right there, beneath Kopaonik. This region also has many other springs that the people believe to be medicinal.

Just like it is the one at the gathering place in Guzvenik, known far and wide, where Fiery Maria appeared in 1925!
Her appearance was preceded by abundant rains, and people, their estates and animals disappeared forever in the stihia. Since then, the people come to Blaga Mara, they wash their faces with healing water and light candles.

Some do it just to pass through Bavolja Varos (Devil Town) “alive”! Devil Town is a magical, like from a fable, geographic territory on Radan Mountain, near Kursumlija.

Erosion created a collection of high and sharp rocks of odd shapes here. From afar they look like countless church towers with strange domes. Jovan Cvijic had, at one time, observed this unique geographical phenomenon and he compared it to the most fantastical shapes of the Canyons of Colorado River.

Region Prohorovo includes the Valley of Pcinje, the left confluent of Vardar River, Kozjak and Rujen Mountains and the forest scythes in the most Southeastern part of Serbia. In the center, right along Pcinje, is the Monastery Sveti Prohor Pcinjski, 28 km from Bujanovac and Bujanovacka Banja.

Prohorovo is the region with the least amount of pollution.
Mane petas montes, medio nemus, vespere fornes. If you want to be healthy, go into the hills in the morning, into the forest at noon, and to the springs in the evening.

Professor Dr. Toma Jovanovic used to say: “Europe does not have such a natural phenomenon!

Based on its characteristics, Prohorovo is a unique location on the old continent. Only here are the three factors prosperously joined – thermo-mineral water, medicinal mud and natural gas- carbon dioxide.”

A unique basis for quality honey is blight, which bees here collect from leaf to leaf, and not from flowers! Such blight honey is a reminder of its bees.

The Spa that was known as early as a Roman times.

We are parked at the height of 442 meters above the sea level, in the valley of the Banjska river, 11 km southwest from Kursumlija.

In the time of the Romans, we were called Aquae Bas – Aquarum Bassuanae.

In the Middle ages, we founded the settlement and built bathhouses. In 1669, Dr. Edvard Brown here saw a steam bath in “one small, well-built room” that was “very good for recovery of passengers”.

We were renovated in the period between 1883 and 1930. Since 1930 until 1941 godine, the renovation was financed by the money of the Concession-Stock company “Kursumlijska Banja”. We became a modern spa in 1982, with the construction of rehabilitation center “Zubor”.

WE ARE RECOMMENDED FOR:

THERMAL WATERS: There are five groups of warm waters (25-68°C) and mineral waters, which, thanks to their balneological characteristics, place us among the most valuable spas in Europe. 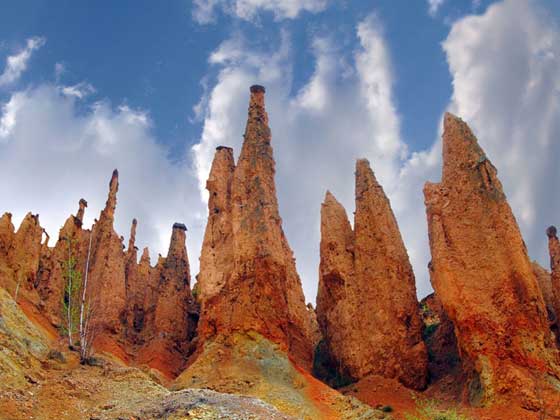 WHAT YOU MUST VISIT: